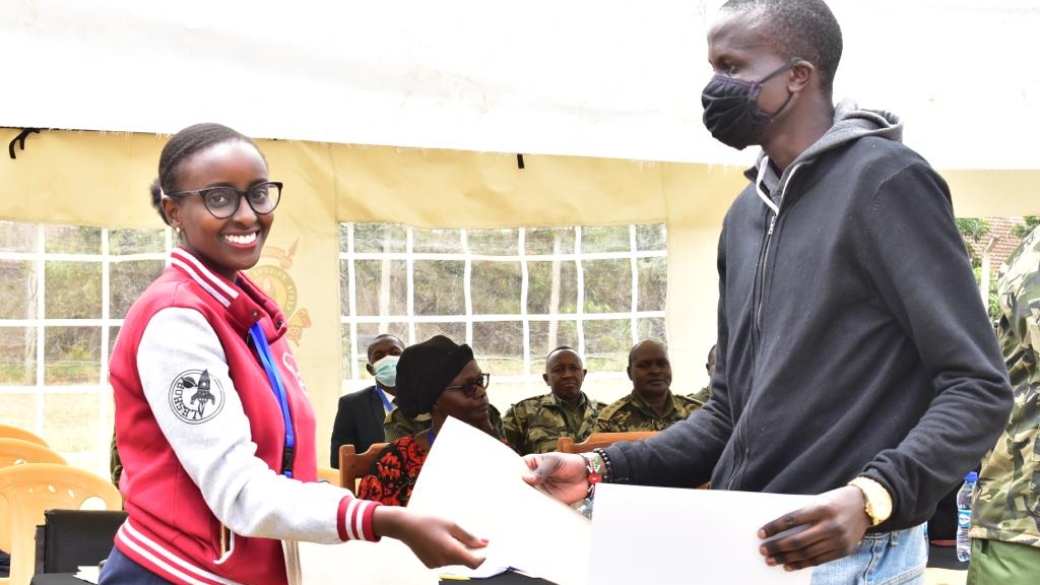 Picture this…… no space to call your own, no choice on the kind of company to keep, same food, same faces, same routine for 300 days on the trot. Threat and suspicion looms everywhere, love becomes an abstract word, separation from family and friends is real.
This is the kind of experience and feeling Fredrick Odhiambo had to deal with while remanded for 10 months in prison. Stepping out into the streets of Nairobi and tasting freedom for the first time, Fred was awestruck at how quickly things can change. While in prison, he never had the idea that it was going to dawn brightly again.
I was meeting Fred for the first at the Crime Si Poa offices in Ngara, where he had come for debriefing and guidance after leaving the remand prison. He looked jubilant yet anxious, a little bit confused, yet optimistic. The mixed feeling was quite understandable for Fred had lost 10 months of his life for a crime he didn’t commit.

“I never knew I would ever be set free. I had no property to get a bond, neither did I have money to hire a lawyer. I felt crushed and my hope diminished.” Fred shares. “I lost trust with colleagues who threw me to jail for theft that I wasn’t part of. The thought of being innocent would literarily kill me every day. My dreams of joining a school and advancing my career crashed,” lamented Fredrick.

“I had not committed the crime, but because I had no resources to defend myself, I had to spend almost a year in one of the most challenging places on earth. Thanks to the paralegal training I received from Crime Si Poa, I gained legal skills that I used to defend myself in court and earn my freedom.” said Fredrick.

August 7, 2021, is a day Fredrick remembers with a lot of anger and pain. He had scheduled a meeting with the company’s accountant, to receive his wages. It was a day everybody in the workplace looked forward to. Unfortunately for Fred, this day quickly turned dark as he was arrested for allegations of stealing property worth millions of shillings from his employer. He was to spend the next 300 days in bouts of loneliness and many unanswered questions.

“I was just from burying my father when all this happened. I never had time to mourn and heal from the loss. I was innocently thrown into the dungeons and had to deal with both trauma and a situation I never expected. Sometimes life can be unfair, but I never despaired, all along I knew I was innocent and hoped justice will prevail,” said Fredrick.

While in the deep end, Frederick had to motivate himself, by joining various counselling groups and training in the prison, some of which were also run by Crime Si Poa.

This paralegal training, a partnership between Crime Si Poa and the Strathmore University Law Clinic, came in handy for Fred as he was adequately empowered with the requisite knowledge that saw him challenge his case in court and secure his way out of the confined walls of prison.

Being set free and seeking justice for a wrongful conviction was Fred’s main goal. Stepping out of the prison gates on the morning of 29th of July 2022 was healing. “I felt very relieved and offloaded when I stepped out; this was what I thought and dreamt of every single minute while I was locked up, I thank God I am finally here.” Says an elated Fredrick

Frederick Odhiambo represents a fraction of what many young people in Kenya go through on a regular basis. Many are serving sentences they were never supposed to serve. Several people are going through court cases without legal representation.

Clearly, there is much more that needs to be done in the criminal justice system to ensure access to justice for all. Feel free to learn more about our Access to Justice Program and how you can plug in and support.

The Crime Si Poa Access to Justice Program is underwritten by AIG Insurance, a leading global insurance company. AIG is committed to corporate social responsibility and to making a positive influence on the lives of communities. Considering the compelling need for pro-bono legal assistance and in recognition of AIG’s commitment to criminal and justice reform, the AIG Pro-bono program provides free legal services and other support to under-represented communities.