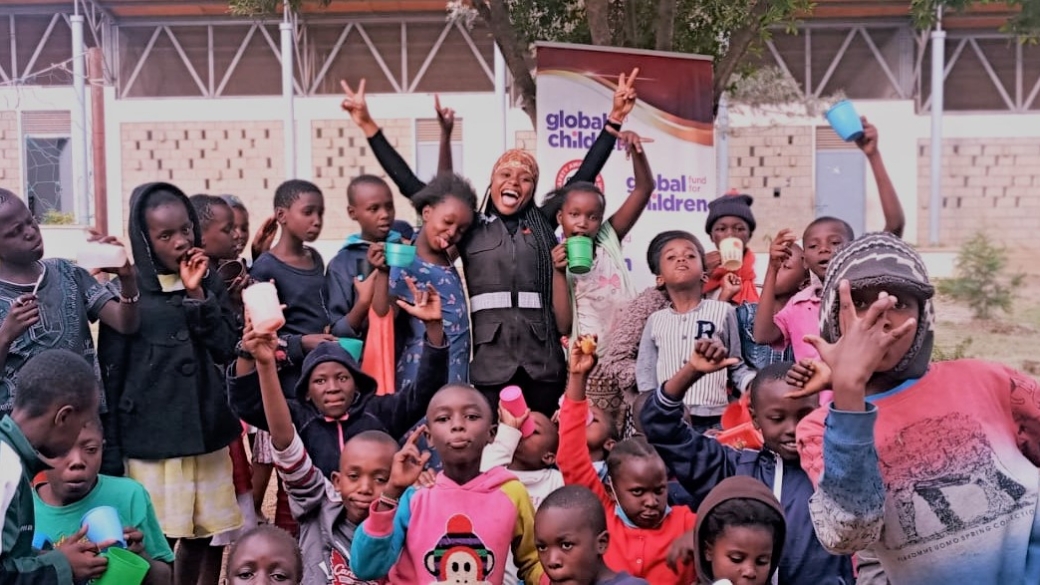 Meet Mwika Flavier, a teacher by profession who chose to save children from crime and being incarcerated over the chalk and blackboard in a normal classroom. Flavier derives joy in mentoring underprivileged children (4years to 18 years) mostly from informal settlements within Nairobi.

Born and raised in Dandora, a sprawling informal settlement infamous for high rates of crime in Kenya, Flavier has committed her time and resources in helping her community become a crime-free society where young children can thrive.

“There has been a negative mentality attached to the area I come from. ‘Dandora’ is known as an area full of crime and poverty with young people who come from there, having dropped out of school, jailed, killed at a tender age, or are generally not successful in life,” said Flavier.

This motivated Flavier to join the Youth Safety Awareness Initiative, better known by its Swahili brand name, Crime Si Poa (CSP), as a volunteer, at the height of the covid-19 pandemic in 2020. She has quickly grown through the ranks to be among members of the staff implementing the Phoenix Project which engages children below the age of 18 years who are in conflict with the law.

The project works in Kamae Borstal Institution and Kamiti Youth Correctional Training Centre, helping incarcerated youth reform as well as teaching them skills that will facilitate a faster reintegration with the community. They also engage children in conflict with the law at the community level.

“During COVID-19 outbreak last year, crime in most informal settlements sharply increased, with a lot of young people being jailed or killed. This motivated me to engage young people and  mentor them on how to avoid crime,” said Flavier adding “Many children in the community were idle due to closure of schools, with the majority of them engaging in petty crime for survival during hard economic times brought about by the pandemic.”

According to Flavier, the dire situation exacerbated by COVID -19, saw young girls exchange sex for sanitary pads and children incarcerated for a crime, made her through the Phonex Project mobile over 200 youth within her area and other adjacent slums to engage children in mentorship and life skill programs to avert crime.

Through the project, she involve a group dubbed Team Mariguini Youth Group and with the support of CSP, Flavier and the team were able to teach children from three different areas: Dandora, Mailisaba, and Kiambu area. They engaged them in psychoeducation through various topics, Team Building games, Spiritual nourishment and Dance.

“Through the sessions, we realized that children had many challenges such as conflict among themselves, lack of parental care, low self-esteem, and influence of negative peer pressure. We always addressed the challenges that they faced by bringing some experts to talk to them, psychologists, and also through the help of CSP they could provide for them hygiene packs to sustain them.  We also came up with a curriculum which had 15 topics that guided us during the session,” affirmed Flavier.

Efforts and commitment borne by Flavier, have seen the expansion of the project to other areas apart from her community. Children in other informal settlements across the country, namely; Shiramga, Budalangi, Chokaa, Ruiru, Kehongoro, and Kawangware benefit hugely from the project.

Among other beneficial activities added to the project include; public speaking, peer-to-peer education, football, watching educational video clips, runway modeling, playing with toys, and gymnastics. These activities have seen a drastic drop in children in conflict with the law, an attribution to the great initiative led by Flavier and her peers in the slums.

“Thank you, CSP for believing in me and giving me the necessary support to run the children’s program. I appreciate the platform they have given me to learn and also teach other youth groups and share with them the knowledge I have in education,” said Flavier, noting  “Through sharing my teaching skills, I have earned trust from the community and especially the children who regard me as their role model. This is just the beginning. I am still striving forward for the better future of the children.”