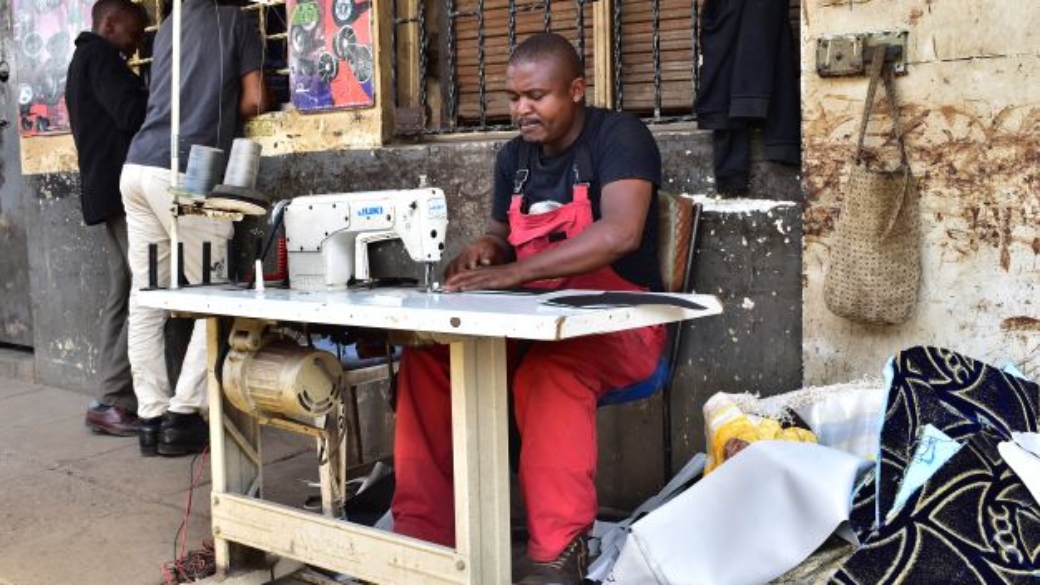 The sewing machine is purring as another order for a customer is being put together. It is only two years since James Macharia walked out of prison after serving a 15-year sentence, and though the transition from prison life and back into the community was tough, James has put all that behind him and is gainfully putting to practice the sewing skills acquired while incarcerated.

Even though there is a presumption that sentences served are commensurate with the offence one is convicted of, and the Kenya Prisons Service prides itself as a correctional service of excellence in Africa and beyond, the reality is that Macharia, just like many other returning citizens (ex-inmates), find it difficult to get jobs or even finances to start business upon release to due to the much dreaded “certificate of good conduct”  from the Directorate of Criminal Investigations (DCI).

“After serving many years in prison, I faced a lot of challenges including stigma when I was released. The hardest part was getting a job or even money to start a business with the skills I had acquired. I knocked on various office doors with hopes of getting assisted to acquire an electronic sewing machine in vain. In most cases all I got was empty promises,” reckons Macharia.

According to Macharia, days quickly turned to weeks, weeks turned to months and months to a year, without securing any financial help to start a business to sustain his livelihood. He had whoever vowed and determined to not give up or allow himself to relapse into crime as an alternative to earn a living.

“I almost lost hope, but when I remembered how far I had come from my former life in crime, I decided to push harder. Sometimes you feel like doing the unthinkable, but you realize that crime doesn’t pay. I choose to approach Crime Si Poa, an organization that was founded in prison and which is now creating change in the society. This was a game changer and a beacon of hope to me,” said Macharia adding “To date, I remain grateful for the financial help I got from the organization.”

Crime Si Poa through its empowerment initiative program granted James Macharia, financial assistance to purchase an electronic sewing machine that quickly helped him realize his dream of becoming an entrepreneur.

Born and raised in Nairobi, Macharia was able to quickly identify a niche for a proper location for his business and establish a customer base. His decision to start his business in the busy Jua Kali area of Ngara, aided him to tap into the thriving matatu industry.

“I have skills in sewing attained while in prison. When I got out of prison, I didn’t want to waste the skills. I am happy that today I have a customer base around Ngara area in Nairobi. Most of the cool seat covers in Matatus are made by me. This makes me feel satisfied,’’ Macharia said.

Through partnership with The Answer Foundation, a Dutch based Christian organization that focus on holistically empowering inmates and ex-inmates through spiritual, pyscho-social and employability skills, returning citizens like Macharia, have secured a second chance in life, and are now also offering job opportunities to other Kenyans. This not only helps reduce recidivism but also leads to reduced crime rates in society.

Other than sewing and upholstery, the multi -skilled Macharia is also NITA certified mechanic, carpenter, and welder. “I am requesting those who have got jobs, to bring to me as I am qualified while my charges are pocket friendly,” concluded Macharia.

Crime Si Poa has always been on the front line of empowering returning citizens, to ease their reintegration into society.

James is proof of resilience, audacity, and focus. A model citizen worth supporting. You may call our office number 0741506060 if you want to place orders to, or support James.