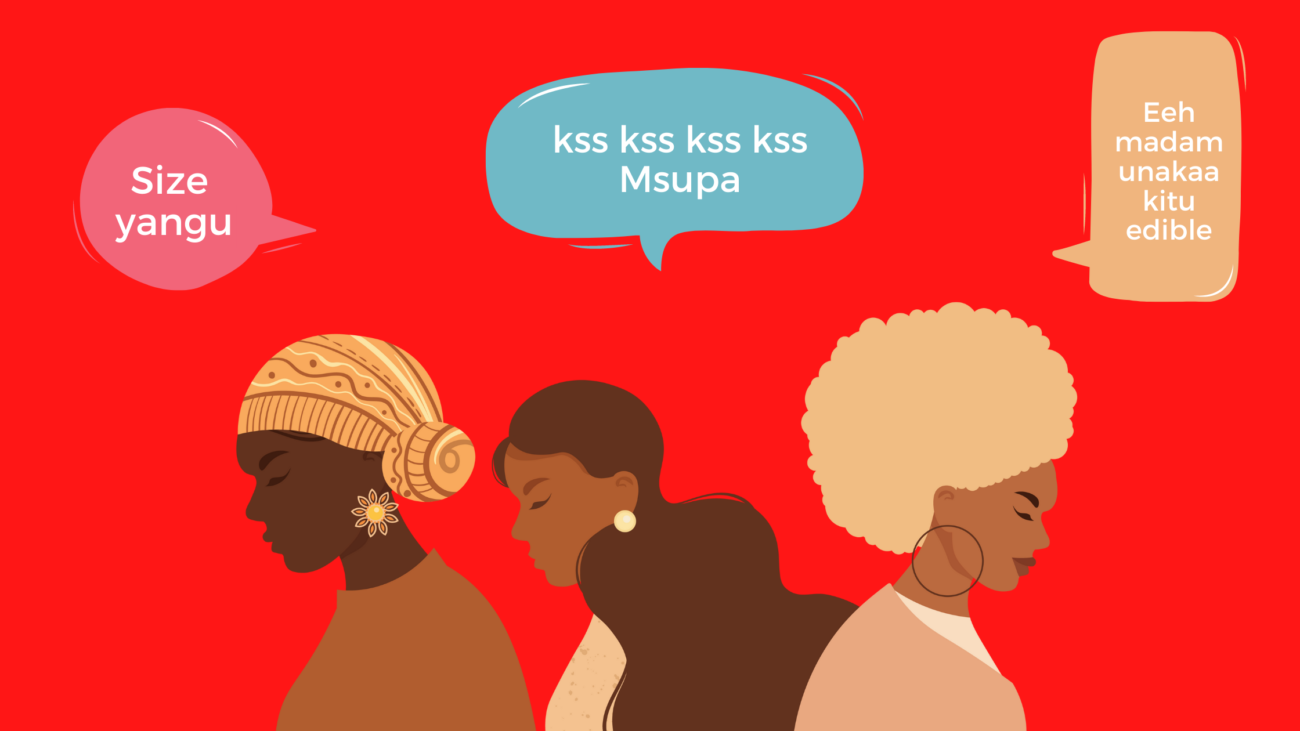 I was going through my Whatsapp status updates when I came across a thread by my classmate. She was talking of how she and her sister had gone out to look for a shop and had an encounter with some men. The men started calling and greeting them and when they failed to respond, insults were hurled at them.

A number of ladies, including myself, can attest to having had such encounters. Not to say that the harassment is always done by men, but most of the time, it is. And it is uncomfortable and the object of the cat-calls often feels violated. Such behavior has become so commonplace in today’s society yet it was previously unheard of. Despite it being very common, it is only a moral offence and not a criminal one. However, I think it should be a criminal offence.

According to Section 23(1) of the Sexual Offences Act 2006 “Any person, who being in a position of authority, or holding a public office, who persistently makes any sexual advances or requests which he or she knows, or has reasonable grounds to know, are unwelcome, is guilty of the offence of sexual harassment and shall be liable to imprisonment for a term of not less than three years or to a fine of not less than one hundred thousand shillings or to both.” It is evident that the law only regards unwelcome sexual advances as sexual harassment where there is a distinct power relationship.

The question now becomes, does my friend just have to learn to ignore cat-calls or can she do anything about it? Truth is, she has no legal recourse. Neither her nor the little girl in the estate who is afraid to go to the shop because an ‘old mubaba’ keeps whistling and saying ‘size yangu’, a highly suggestive term in street slang, have any legal recourse. Yet, the behavior exhibited in both cases passes for unwelcome sexual advances.

Many are the times when a child has been defiled by a neighbor and in their statement, the child says that the perpetrator had made such ‘unwelcome sexual advances’ but they either had nowhere to report or their reports were brushed off because, under the law, nothing can be done. Children, or even at times adults, wait for the rape or defilement to happen before they can report. Which in my view is detrimental to the whole purpose of the law.

Such habits can be indicators of imminent danger, especially because most guilty of this are people who live around the victims or watch their moves and could therefore pose a threat. If anyone feels violated or in danger, they should be able to report and action should be taken to investigate the claims.

Section 124 of the Evidence Act provides that a child’s evidence need not be corroborated. Consequently, if sexual harassment was to be criminalized, such victims -child or adult, male or female- would have recourse and the law would serve as a deterrent to such persons. Where the moral fabric does not hold, the law should intervene.