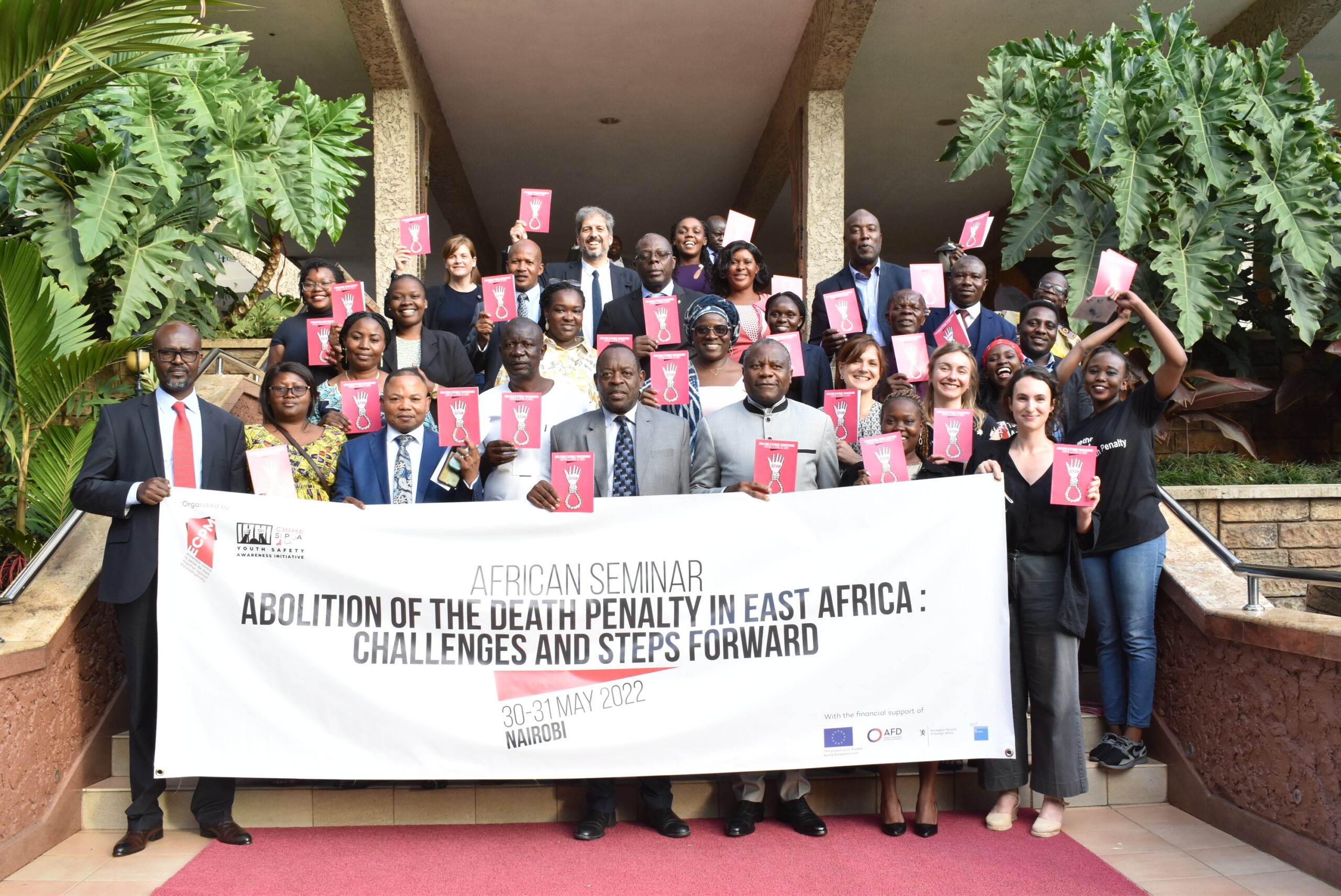 Have you wondered what happens to inmates on death row? Is the death penalty, whose punishment is to hang, still applicable in Africa amidst robust constitutions and ratified statutory laws? What if one was wrongfully convicted?

This among other human rights conversations emerged during a two-day seminar on the abolition of the death penalty in Africa held on the 30th and 31st May 2022 in Nairobi by ECPM (Together against the death penalty) in partnership with Crime Si Poa (CSP).

Speaking during the regional seminar that brought together abolitionist actors from six different countries: Kenya, Uganda, Tanzania, Cameroon, Democratic Republic of Congo and Sierra Leone, Wilfred Nderitu SC, Chairperson at Crime Si Poa, called for the abolition of the death sentence in Kenya and Africa at large stating that one of the greatest risks of the Death Penalty is that it is an irreversible sentence.

“Innocent persons are at risk of being put on death row for fabricated allegations. We have had instances where people have been wrongfully convicted and consequently face execution. This is mostly witnessed in countries that are going through political war, violence and instability,” said Nderitu.

His statement was affirmed by a powerful testimony from Susan Kigula a former death row inmate from Uganda. Kigula was sentenced to death but later pardoned. She was wrongly accused of murdering her husband and her sentence was based on a testimony given by a three-year-old witness. Her traumatic experience led her to be a champion in the fight for the abolition of the death penalty in Uganda.

Despite such powerful testimonies and arguments, various countries in Africa are still unable to pass a bill to abolish the death penalty due to key challenges faced among them the lack of support from the public.

In countries such as DRC, citizens believe that the death penalty discourages criminals from committing massacres. Despite the lack of proof, such sentiments are the root cause of the reluctance by governments to be abolitionists.

According to Samson Omondi of the Kenya National Commission on Human Rights, there is a need for abolitionists to make the death sentence abolition conversation all-inclusive to gather support from the public.

“Since 2015, six African countries have abolished the death penalty. Despite a de facto moratorium, The EU believes that Kenya should take steps to abolish the death penalty once and for all,” stated Henriette Geiger, Ambassador of the European Union (EU) in Kenya.