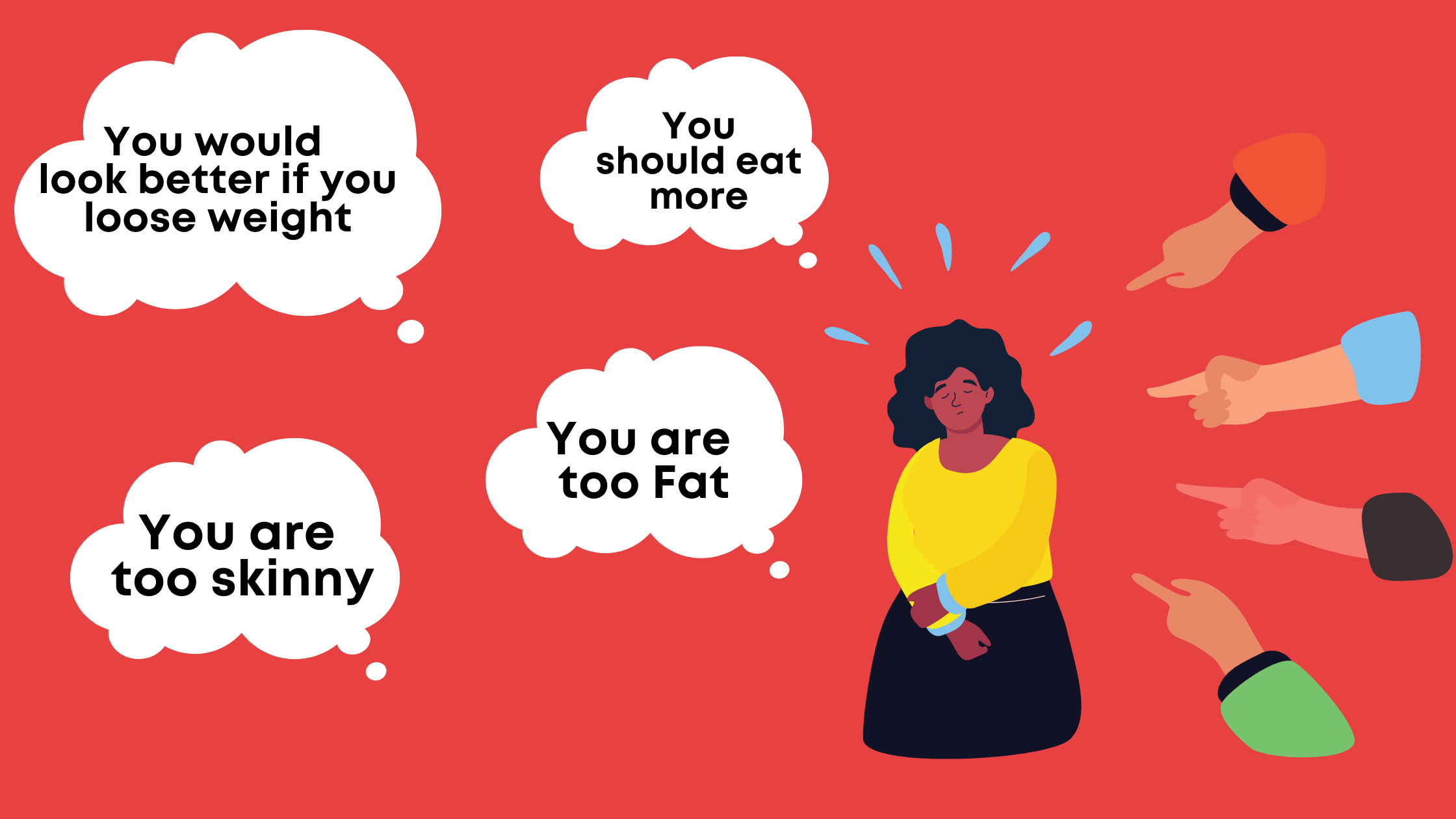 Anyone can be a victim of body shaming, and anyone can be a body-shamer. In Kenya and the world at large body shaming, is so prevalent in everyday life, but it has not been looked at as the highly problematic behaviour that it is. Most often, people would think of it as harmless jokes, rather than cruel bards that hurt deep.

What people need to know is that body-shaming is an indication of discrimination and social bias based on outside appearances. Body shaming refers to saying something negative about a person’s body. The comment can be about age, size, hair, clothes, food, looks and all those aspects that represent a human. It amounts to humiliation and it brings down self-respect and feelings or ideas that our unique appearance is not good enough.

What most Kenyans do not know is that body shaming is a form of bullying that can result in emotional trauma, especially among young people. Body shaming most of the time is done by our friends, family, workmates, random people in the streets and even the media. It could be done knowingly or unknowingly.

The most common cause of body shaming is weight. A person might be cruised for their size, shape, height or colour. In the society that we live in today, someone will be criticized for their looks. What we forget is that no one is ever perfect, you are either too skinny or plus size. The pressure from the media and society makes people want to look in a certain way.

The negative comments that people make about someone can cause people, especially teenagers to engage in unhealthy habits so that they can achieve their goal of looking a certain way. These unhealthy habits can include starving yourself or wanting to bleach which can lead to self-harm, depression, low self-esteem and even trauma.

Women most of the time are very sensitive when it comes to weight. People have different struggles for example some people struggle with losing weight and gaining weight. Such issues make people delicate and when we keep commenting and laughing it brings a feeling of insecurity.

Society today has encouraged a culture where body-shaming is a normal thing. People will make jokes and even call you in the streets by describing your looks. People get jobs based on their looks.

This is a culture that is unhealthy and tends to be detrimental in the long run.  We can overcome body shaming by trying to nurture an environment where everyone feels comfortable with their body shape and skin tone. We must learn not to comment on how people look. Learning to accept the way we are bringing positive body image. Accepting the way, we are and not comparing ourselves with other people’s physical appearance or personality. Lastly eating healthy food, keeping hydrated and exercising.