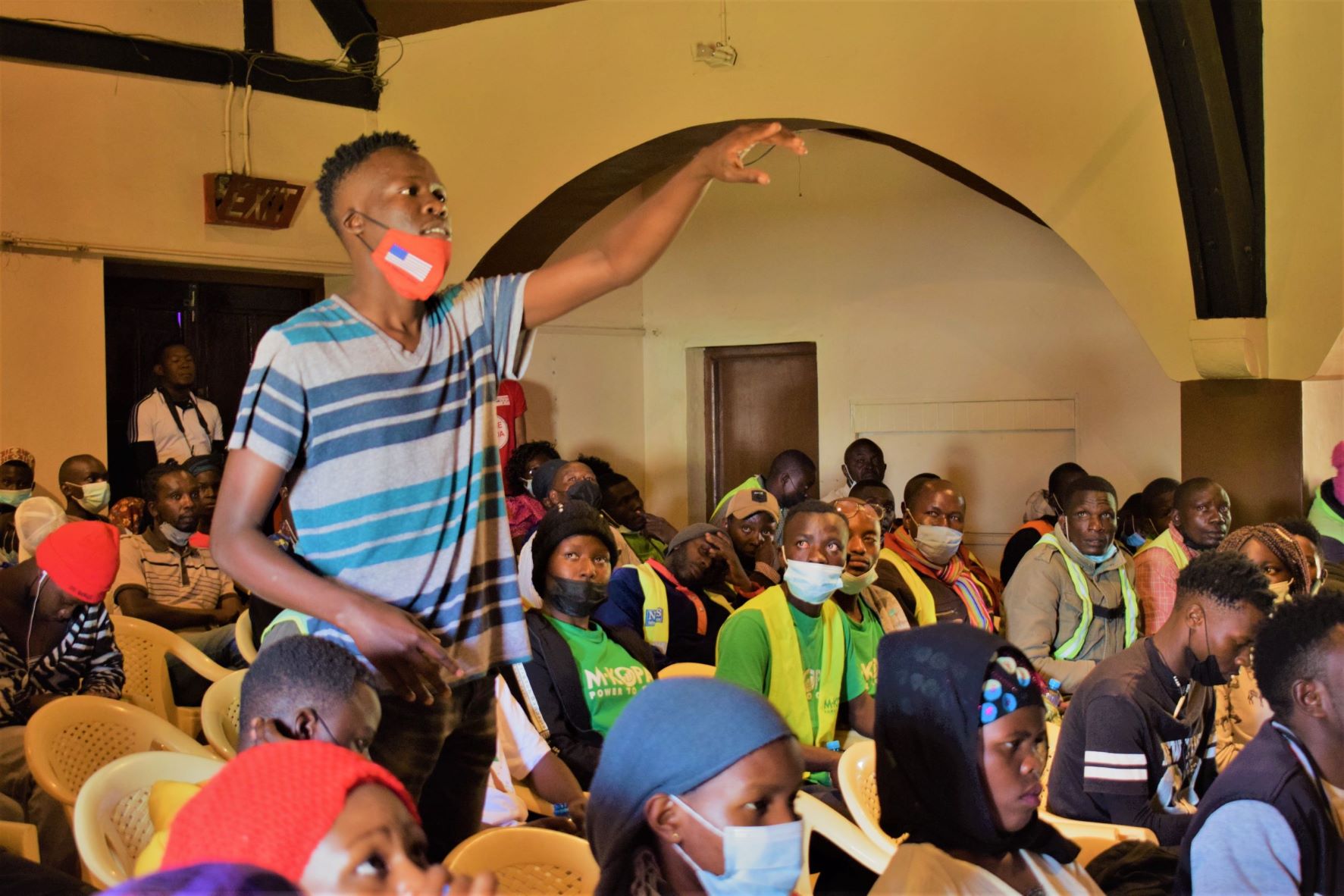 Friday 28th January 2022:  Crime Si Poa, in partnership with Article 19 East Africa had an engaging and productive community forum in Nakuru City involving the youth, the Boda Boda community, the judiciary, and representatives from various law enforcement agencies. This was in a bid to promote freedom of expression and active citizenship during this electioneering period.

The forum dubbed #BuildingVoices addressed various issues including access to justice, public participation in elections, and police-civilian relations. During the forum, the youth also had an opportunity to raise their concerns and have them responded to by relevant key actors in the criminal justice system.

According to Muthuri Kathure, Senior Programme Officer, Article 19 East Africa, there is a need for the youth to be enlightened on how to lawfully exercise their right to freedom of speech and actively engage in the fight against crime by employing different resources available to them.

“Freedom of expression is a fundamental right and a bridge between the youth and other rights. To be able to access other rights under the constitution one must know how to express themselves using the right legal channels,” said Muthuri.

Edna Nyaloti, Chief Magistrate, Nakuru County, emphasized the importance of free speech as it helps the judiciary to administer justice effectively. However, she cautioned the youth that when expressing themselves they should ensure not go beyond the limits set by the constitution to avoid conflicting with the law.

“There is a need for more such forums between the criminal justice system, the police service, and the youth to have open dialogue on how they can work together. This will assist to minimize crime rates as well as police brutality in Nakuru City,” said Nyaloti.

During the event, most of the youth expressed their experience of police harassment in Nakuru.  However, they hardly report the injustices they come across due to fear of threat, brutality, and intimidation.

Inspector Patrick Nakuru Central Police station urged the youth to have the courage to go to their offices to report any cases of police harassment and brutality.

“If you don’t speak up you cannot be helped. Raise your voice to the right channels and the police service will act accordingly. We are here to serve every one of you. We know that we still have ongoing police reforms and the youth can assist the service better by speaking out against injustice,” he said.

The dialogue dubbed “Building Voices” also highlighted the different ways the youth can use their voices to set the right agenda. Historically, the youth in Kenya have been used to push the agendas of different political leaders and have been manipulated to cause violence during elections to their detriment.

Mr. Kathure advised the youth to use their right to freedom of expression to invoke change by holding forums to discuss the issues that affect them as well as protesting against the illegal atrocities affecting the country’s governance.  He also encouraged the youth to be more forthcoming and raise their voices on legal policies presented in parliament as they affect them.