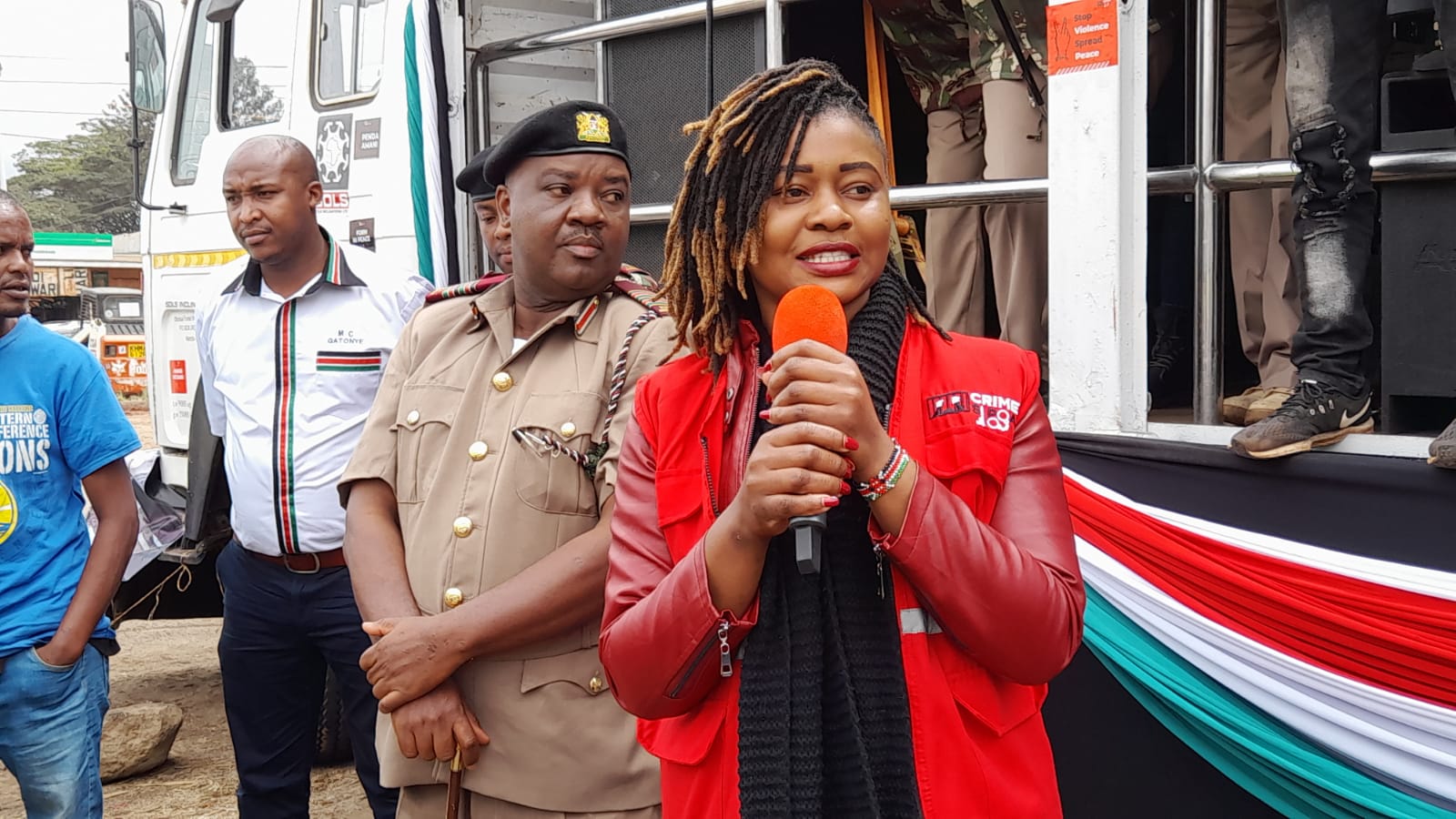 Crime Si Poa this Saturday joined government officials, Kajiado County residents and other stakeholders in a peace caravan that aimed at fostering peace ahead of the August 9 general elections.

Speaking during the event Irene Were, Programmes Manager Crime Si Poa, called for community members to embrace peaceful co-existence before, during and after polls especially now that we have one week remaining to the elections.

“I would like to second what the speakers have said, your neighbour will remain to be your neighbour even after elections. Let us maintain peace throughout this electioneering period. Politics should not divide us,” said Irene.

Patrick Mwangi, Deputy County Commissioner added that the government is keenly monitoring the happenings in the region to avoid instances of chaos. He further called on Kajiado County residents to maintain peace and unity despite being a very competitive race.

“ in every election, we have winners and losers but that should not trigger violence even if there are those who lose feel dissatisfied with the outcome. We all have our lives to live, elections come and go, when we negate peace, even the things that we value so much will lose their values,” He said.