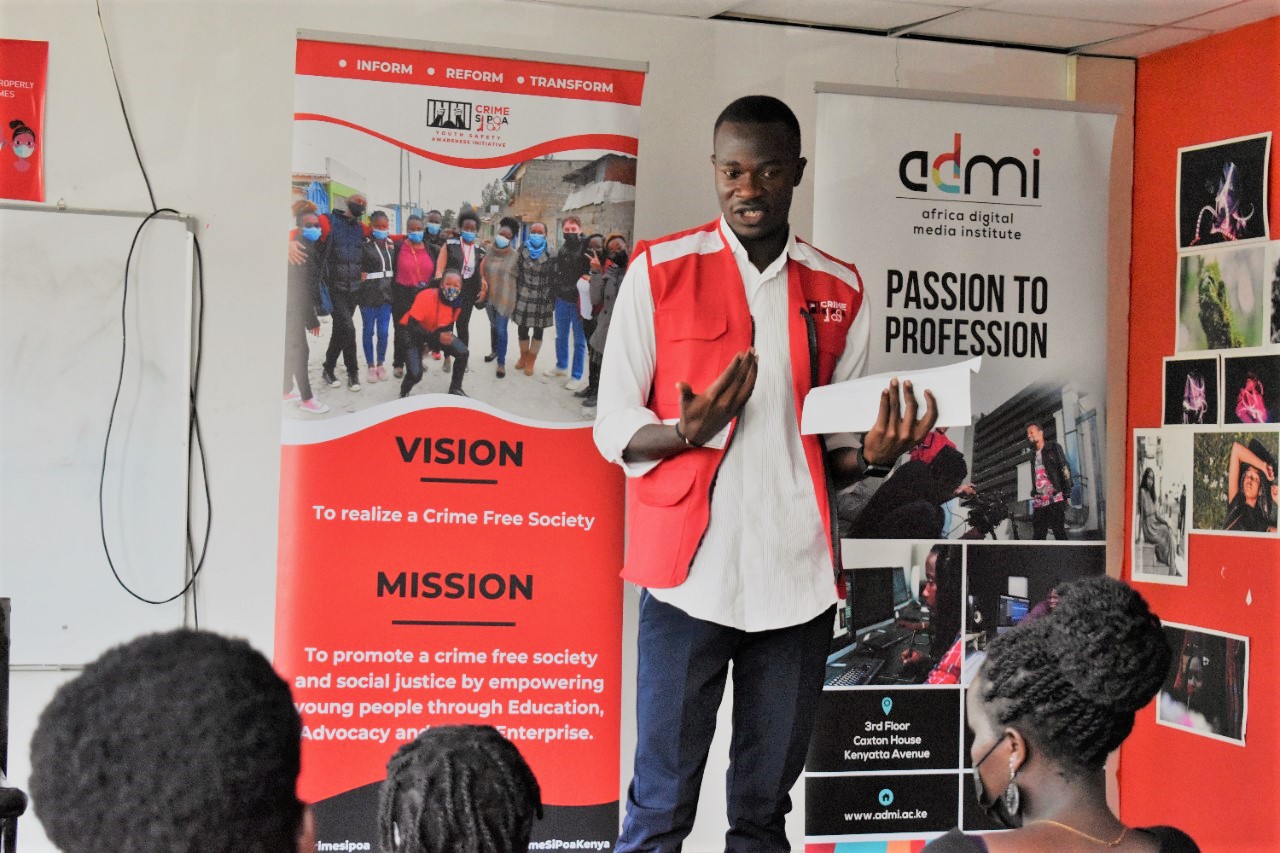 Mental health among young people in Kenya has been said to have a major impact on families, communities, the country’s health, and socio-economic development. An effective evidence-based multi-sectoral intervention is much needed to curb the situation.

Crime Si Poa, in partnership with  Digital Media Institute (ADMI), held discussions with students on matters of mental health among the youth and different tricks and tactics available that young people can employ to maintain stable mental health.

Speaking during the session held at the ADMI on 19th November 2021, Terry Gachau, a psychologist, touched on entitlement, a personality disorder that starts a negative trait that develops into a mental health disorder over time.

“Entitlement is an issue that stems from childhood and is often displayed through recurring actions like, throwing tantrums to get your way or refusing to share personal items i.e toys”, Said Gachau. She further added, “If the behaviour is not tamed at a young age, it evolves from a habit to a personality trait that may also lead to mental health issues.”

Gachau gave the youth some insight on how the personality disorder comes across and the characteristics they can look out for, not only in others but also in themselves.

“Entitlement is not an achievement,” warned Gachau, urging students to seek help from a psychologist to handle such mental health disorders. “The first step towards change with disorders is acknowledging that you have a problem and seeking help,” she added.

According to Hemstone Mugala, a Crime Si Poa, Resident Psychologist, mental health is all about maintaining balance, knowing how to manage both the negative and the positive situations in life. He further emphasized on the importance of self-awareness in maintaining positive mental health.

“It is important to identify your triggers, know how they affect your mental state, and note the things that give you fulfillment,” said Mugala.

The session was very interactive with students deeply engaged in the discussion offering their point of view and asking questions. Most of them identified the use of hobbies as a tool to get their minds off negative situations.

“I play football to get my mind off the issue,” said one of the students. ADMI students acknowledged that such sessions on mental health gave them the insight needed to deal with everyday challenges and prevent a lot of mental issues from arising.