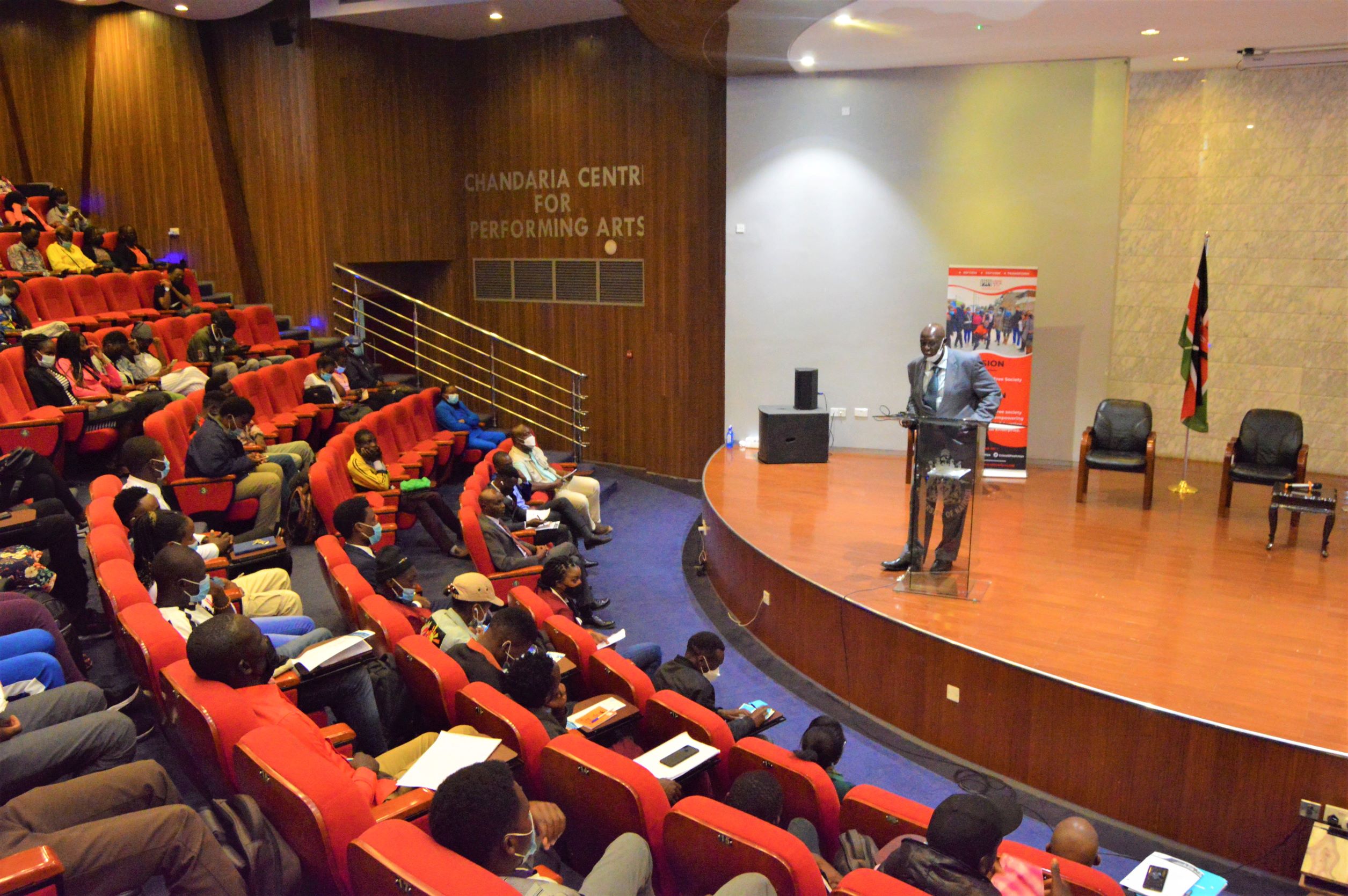 University of Nairobi (UoN) Students have opened doors to the law enforcement authorities in Kenya in a bid to end hostile relationships that have existed for decades especially among students and the police, in exchange for a safer learning and working environment for both parties.

During the Youth and Police Relationship Conference held at the university’s main campus on 20th October 2021, UoN students and the police committed to settle scores and foster a good rapport towards ensuring a crime-free society.

Speaking during the conference, an initiative by Crime Si Poa in collaboration with the University of Nairobi Student Association (UNSA), John Orindi, the Director of Corporate Affairs, University of Nairobi, acknowledged the negative perception associated with the university and urged the students to use the communication platforms available to air their issues and give their views.

“We are glad to host this conference that aims to better our relationship with law enforcement offices. As the school administration, we really encourage our students to form partnerships with the law enforcement officers and the university leadership for effective action to be taken against crime,” said Orindi.

The institution has had a long history of holding demonstrations that often turned into riots with the police employing excessive force as a control measure. The aggression by the police has developed enmity between students and the officers that in some instances turn deadly.

According to the Director of Public Prosecution (DPP), Noordin Haji, there is a high rate of youth crime in Kenya with the majority of pretrial detainees and the prison population being youth. In his speech delivered by Mary Mwenje, the DPP further stated that the youth are more vulnerable to indulge in crime, as they are easily lured with the promise of a better future and economic opportunities.

“We would like to urge the youth to take up the responsibility of contributing to shaping a better future. It is fundamental that the youth learn about the problems of crime, and about the laws, institutions, and remedies that exist to tackle crime,” said the DPP.

During the panel discussion session hosted by radio personality, Sheila Kwamboka, students aired their grievances, expressing that the police are the reason why the protests turn violent. They accused the police of approaching them in a combative mode leaving no room for dialogue.

“Whenever we are demonstrating against the institution, we expect the police to give us feedback. When the police come in and throw teargas at us, have we solved anything? it remains the same,” said Felix Kemboi, one of the student representatives.

Crime Si Poa, Head of Programs, Sylvia Morwabe, recommended training of student leaders on how to conduct peaceful protests to avoid the eruption of violence. She further urged the students to always remain peaceful during protests. Although picketing is a right provided for by the constitution there are guidelines that ought to be followed.

Independent Policing Oversight Authority (IPOA), Commissioner John Wainganjo, affirmed that whenever there is police action, IPOA officers are sent on a fact-finding mission to gather evidence and information of officers’ misconduct. However, Waiganjo underlined that his office is unable to take action if students do make any complaints, record statements, or follow up on the cases.

The conference revealed that there is a need for more collaborative efforts and through such forums to help tackle the issue of youth and crime. The perceptions young people have of police influences their willingness to work together with the police and other stakeholders in the fight against crime. This initiative is, therefore, a stepping stone to a string of continuous dialogues meant to develop good relations between the police and the youth to ensure that they are at the forefront of the fight against crime.