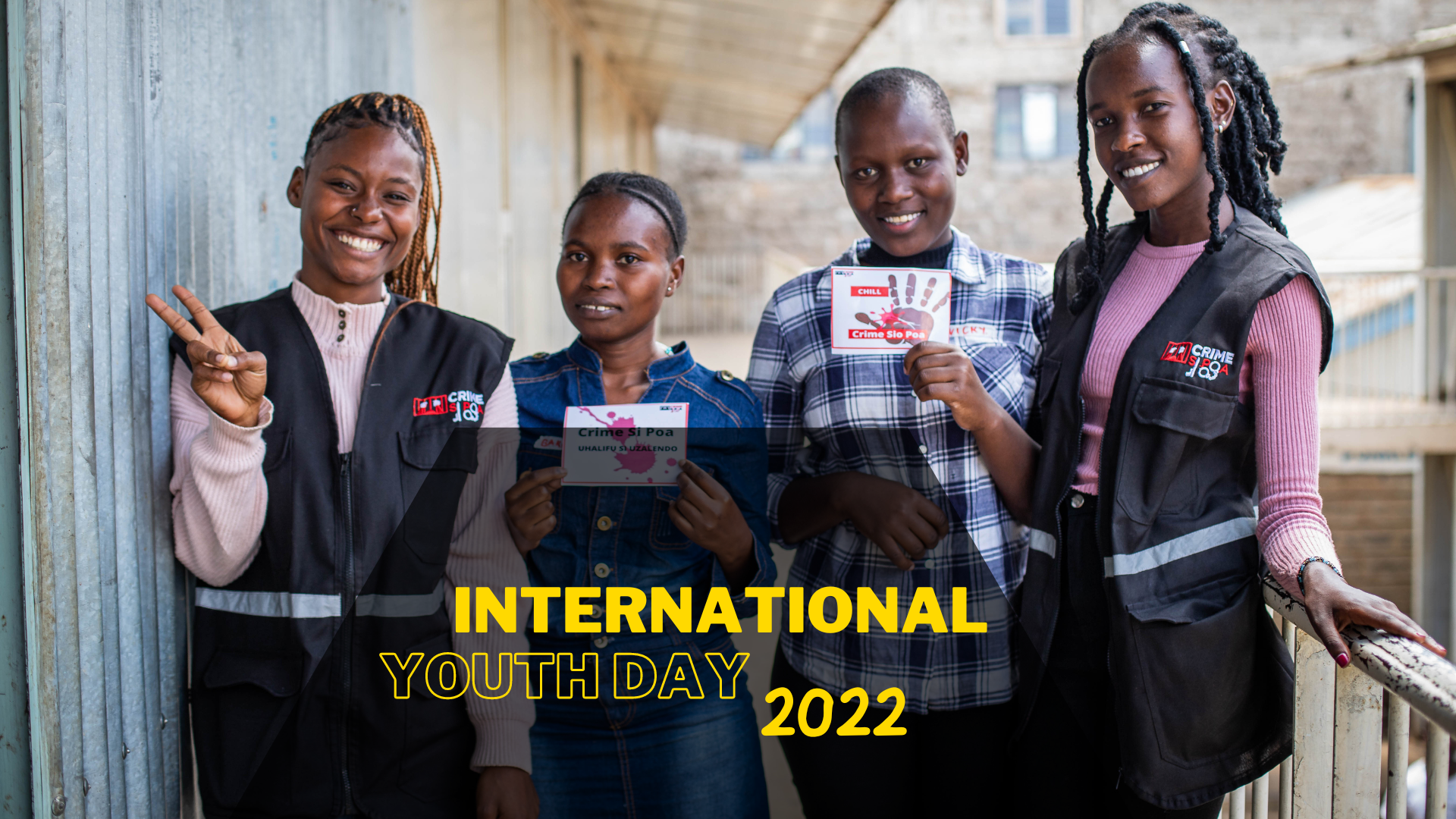 Crime Si Poa celebrates young leaders in Kenya as we mark International Youth Day, amidst ongoing vote tallying exercises after the conclusion of the country’s general elections. Youth representation availed during these general elections will help shift the paradigm that has been for years, where the older generation is perceived to “own” the political echelon.

The youth should be empowered, encouraged and supported to occupy more elective positions. Political systems should review their structures to allow youth representation, which is presently not the reality among most African nations. When young people are disenfranchised or disengaged from political processes, a significant portion of the population has little or no voice or influence in decisions that affect group members’ lives.

To make a difference in the longer term, it is essential that young people are engaged in formal political processes and have a say in formulating today’s and tomorrow’s politics. Inclusive political participation is not only a fundamental political and democratic right but also is crucial to building stable and peaceful societies as well as developing policies that respond to the specific needs of younger generations. Young people to be adequately represented in political institutions, processes, and decision-making, and in particular in elections, they must know their rights. Young people should also be given the necessary knowledge and capacity to participate in a meaningful way at all levels. As much as we are having intense debates on the empowerment of women to occupy both elective and appointive positions as buttressed by the Kenyan 2/3 gender rule, we should also see robust, deliberations to bridge the gap that is currently at play vis a vis national governance.

Kenya is a young nation with a fast-growing democracy where great embargos are scattered on the way to realizing this beautiful and inclusive end can be realized. In such an atmosphere where there are obstacles to participating in formal, institutionalized political processes, young people can rapidly feel disempowered. Many tend to believe that their voices are not going to be heard or they will not be taken seriously even if they are heard. This in turn leads to young people being increasingly excluded from taking part in decision-making, or in debates about key socio-economic and political issues. This is despite social equity, justice, environmental protection and cultural diversity demands. This, therefore, cuts short the process of achieving sustainable development goals.

However, throwing in the towel is not the solution, the young generation that forms a larger percentage of the nation’s population, should soldier and maximize the available opportunities to gather the required muscles to break through the web of political exclusion. Nations that we admire today walked through this path and achieved.