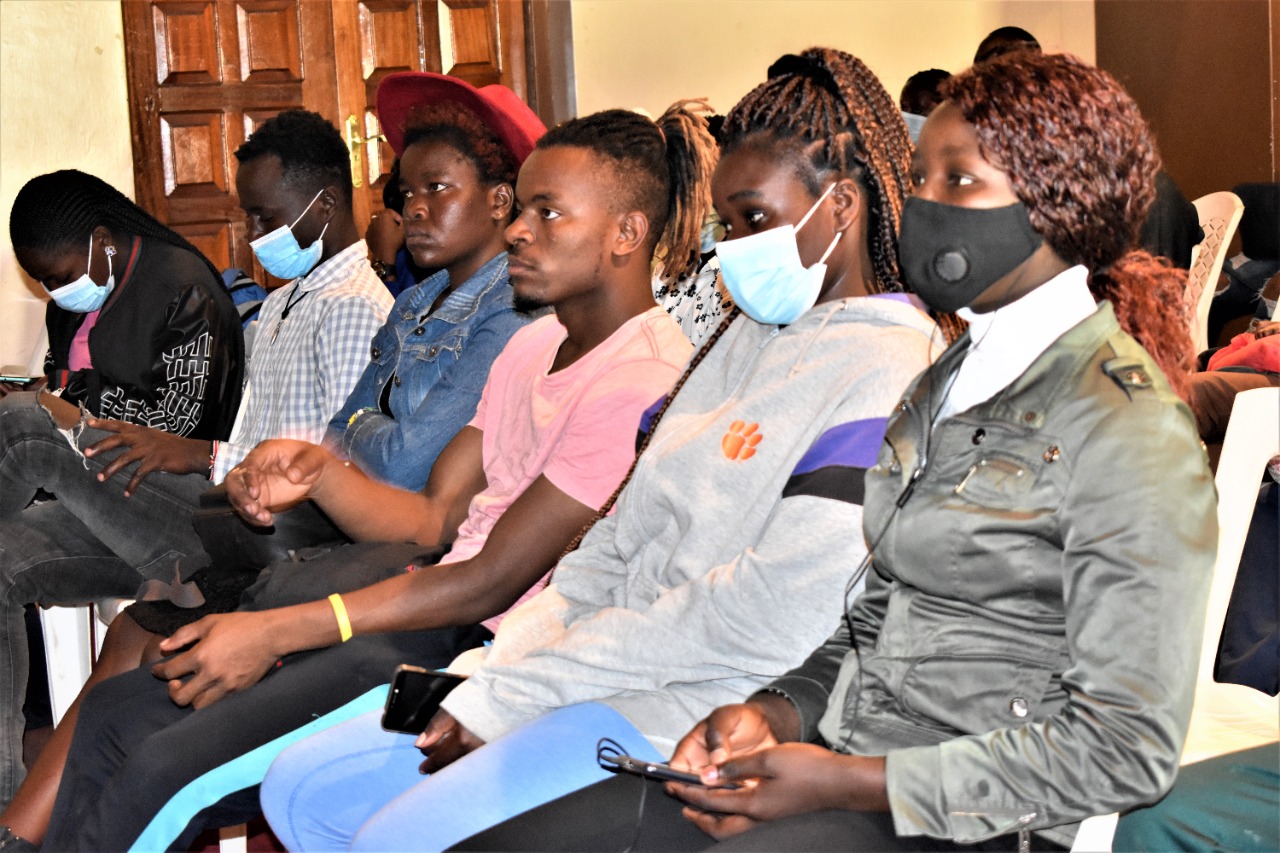 On Friday 26th November 2021, 200 youth from Nakuru County, participated in a civic education session on active citizenship, access to justice and the institutions around it, and how they can avert being in conflict with law enforcement authorities in Kenya.

During the session held at the Nakuru Players Theatre, most youths from Nakuru town and its environment complained of victimization and unwarranted arrest from the law enforcement officers. This has led most youths to lose trust and hope in the system.

“We have been arrested countless times while going about our boda boda business. Unfortunately, we had to part away with money even though we had done no wrong. The boda boda owner also had to bribe the police despite proving that we had not broken any law,” said John, one of the youths attending the meeting.

This was echoed by fellow youth who have found themselves wrongfully arrested for crimes they haven’t committed.

However, according to the police representative present, Ann W Lucy most youth should make efforts to know their rights and how to defend themselves rather than rushing to bribe even in incidences where they are innocent.

“Our offices are open for complaints, especially where youth have been victimized by law enforcement officers. Always report such incidences to enable us to reform the police force and offer better services to citizens,” said Ann W Lucy.

Other than a representation from the National Police Service, the event organized by the Youth Safety Awareness Initiative (Crime Si Poa ®) was also attended by representatives from the Office of The Director of Public Prosecutions, Boda Boda officials, and civil society players from the region.

Youth were urged to ensure they participate in public discourse on issues affecting them and exercise their civic duties and democratic rights such as registering as voters to be able to elect viable leaders who will represent their interest at all levels.

“Youth must engage in decision-making, especially by participating in the electoral process come 2022. As a youth, we must ensure we vote in leaders who have our interests at heart and will represent our issues at both the county and national level,” concluded, Abubakar Bilal of Uraia.

From the intense engagements during the forum, it was noted that there is a need for more collaborative efforts to help tackle issues of youth, civic education, and crime. The Crime Si Poa team promised to organize more forums to foster a crime-free society.